10 Things Most People Don't Know About Me

Most people don't know that...

1. When I was 15 I attended a seminary school and considered the Priesthood.

3. At age 21 I became the youngest youth Head Football Coach in Arizona history.

4. At age 30 I became one of the youngest CIO's for an American public company.

5. I competed in martial arts for more than 10 years and spent two years trying to learn Japanese.

5 Things Every Job Seeker Should Spend Money On Now

As published on Career Attraction

If you’re unemployed, I don’t need to tell you that every dollar counts. For most, trimming expenses while searching for work is essential.

The typical length of a job search in the United States is eight months, and many people have been looking much longer. Even if you’re prepared financially, being out of work will likely cause you to evaluate every discretionary expense carefully.

However, when it comes to attracting the right career opportunity, there are a few things you should not...

The Science of Personal Websites for Career Advancement 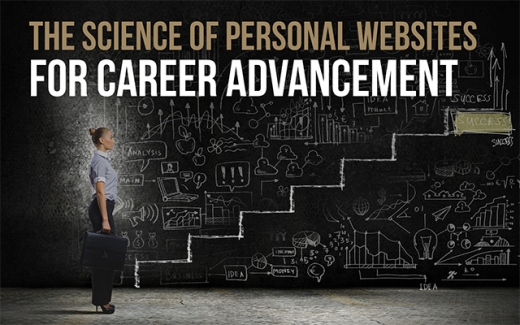 Slide presentation covering the competitive realities professionals face, why social media is not enough to stand out, the reasons everyone should have a personal website, and how to optimize your site for career advancement.

One of the great things about my role at Workfolio is that I get to hear the stories of how a personal website has benefited people in their careers. I’ve heard stories of personal websites helping people land jobs, secure new clients, get found by the press, impress their bosses, and demonstrate thought leadership. Despite the growing list of success stories about personal websites, many professionals still don’t have their own websites.

Here are the most commons reasons we hear why people...

It’s well documented that social media has revolutionized how we communicate in our personal and professional lives. For professionals, being active on social networks has become an expectation.

Universities and employers are increasingly using social networks like LinkedIn as part of “cyber-vetting” during the application process. It’s important to have a presence on major social networks, but because you’re expected to have these profiles as a baseline, having them is no longer enough to...